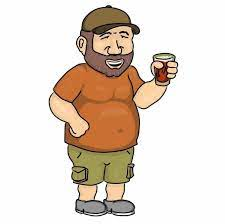 The competition was a Best of Show BOS / People’s Choice type of judging to select: 1st, 2nd and 3rd. – So overall impression and personal preference.

Stylistically, Janet’s Brown should be under 10C. – American Brown Ale but due to the OG, IBU and ABV (and for the people who brewed this know it’s a big beer) should be considered as under 21B – Speciality IPA. So combining the best of both categories we should get an excellent beer!

The BJCP overall impression they describes Brown IPA as the following:
Overall Impression
Hoppy, bitter, and moderately strong like an American IPA, but with dark caramel, chocolate, toffee, or dark fruit character as in an American Brown Ale. Retaining the dryish finish and lean body that makes IPAs so drinkable, a Brown IPA is a little more flavorful and malty than an American IPA without being sweet or heavy.

And for American Brown
Overall Impression
Can be considered a bigger, maltier, hoppier interpretation of Northern English brown ale or a hoppier, less malty Brown Porter, often including the citrus-accented hop presence that is characteristic of American hop varieties.

And the outcome from the (6) Entries of Janet’s Brown

All (6) brew were EXCELLENTLY brewed beers. With all being the same recipe there were slight variations. Still amazes me in the differences, especially with multiple people utilizing the MoreBeer kits!

If you ever looking for the “what” to brew next … I highly recommend looking into making this beer!

This entry was posted in Uncategorized. Bookmark the permalink.